Traditional methods to determine elastomer seal compatibility with specific fluids have for decades produced misleading results, according to a new research from System Seals Laboratories. Limited exposure times and a lack of application-based testing have created shortfalls that have paved the way for industry-wide acceptance of generalizations about entire material families that mistakenly group different materials into single categories, the research found.

For the past several years, System Seals, a research-based seal manufacturer in Cleveland, has undertaken an exhaustive fluid compatibility study that paired more than 500 combinations of seal materials with commonly used industrial fluids. Some of the tests were performed by customer request, while others were conducted to round out the research and record for future use.

The principle difference in nearly half of System Seals’ tests, however, was the duration. The company ran chemical compatibility simulations between 60 to 90 days, and in some cases longer. This significantly extended most of the industry standards, which rely on an average duration of about a month.

Results of the extended tests were startling. Approximately 25 percent of the material-fluid combinations that successfully passed at the 28-day mark, soon began to fail near or after 60 days. This means that a quarter of all tests commonly performed throughout the industry for 28 days will likely show false results.

Theoretical models that have been established to predict fluid compatibility are based largely on the laws of chemistry. These include treating long polymers chains as super-condensed gasses and then defining their empirical values.

What this approach fails to address are the interactions between an actual polymer material and the specific formula of a given fluid – including a host of additives and contaminants that often go unaccounted for but significantly alter the equation. Fluid and seal manufacturers routinely perform their own tests, which usually result in compatibility ratings in broad generalizations for entire families of elastomers.

These results are limited for a number of reasons. The duration times dedicated to the tests are not standardized, nor are they often specified. The times vary considerably among manufactures, usually ranging from a week to 30 days. Even when exposure times are sufficiently long, the evaluations might be limited to measuring changes in only volume and hardness.

In most cases, testing reveals little to no information about any actual changes in material properties. And, it is impossible to accurately deduce material changes for one material based on the results of another, even if the materials are in the same family. Two HNBRs, for instance, might demonstrate different property changes depending on the levels of fillers and additives.

To address these limitations, testing standards have been established to evaluate compatibility. Still, there are considerable inconsistencies among these tests. ASTM D2000, for instance, typically incorporates tests with a maximum exposure time of 70 hours, which significantly limits long-term predictive capabilities.

For ASTM D4289, used for automotive greases, a limited number of property changes are recommended for evaluations. ASTM D6546 incorporates additional property evaluations, such as work function and compression set, but limits the test duration to only 1,000 hours.

Testing at the System Seals laboratory revealed that some fluid-material combinations that appear compatible at 1,000 hours later became incompatible after 2,000 hours. And in many test recommendations, there are no established guidelines for static or dynamic applications. Most test standards also do not incorporate changes in the transition temperature, which is critical for low-temperature applications.  This was found to be a significant gap in historic testing methods.

To ensure full fluid saturation into the elastomer, both time and temperature were specified to accelerate ageing. Water-mixed fluids, such as glycols and emulsions, were exposed to temperatures less than 100°C. Oil-based fluids typically saw temperatures above 100°C.

Volume swell is a good indicator of fluid absorption, which is important because many seal grooves have between 10-20 percent free space available. Contraction, however, is more problematic because loss of seal volume reduces seal force. When volume increases are limited to 15 percent, contraction can be no more than 5 percent.

But volume swell does not indicate chemical reaction on its own. An increase in mass might also indicate fluid absorption, and a loss in mass usually indicates chemical degradation. To fully assess dimensional changes from chemical ageing, other characteristics are monitored as well, such as volume, thickness and density.

During the testing it became necessary to understand how the mechanical properties changed from exposure. In addition to changes in hardness, the tensile modulus needed to be tracked, as well as 100-percent modulus, tensile strength and elongation at break. Although these properties are typically used to characterize materials on specification sheets and provide information about a material’s stiffness, rarely do seals experience strains this great.

The ultimate purpose of a chemical compatibility program is to evaluate the ability of an elastomer to function as a seal in its intended application when exposed to a working fluid. Although some guidelines can be used to make engineering decisions, these values could be flexible or rigid, depending on the application.

For example, a dynamic seal may be required to retain more of its original properties than a static seal. Friction, wear and motion can contribute to additional failure risks. Ultimately, all the relevant properties must be evaluated by an engineer, who might find the need to include additional calculations to account for changes in mechanical properties.

Simple rankings and broad generalizations about seal properties and related families are inadequate for effective engineering purposes. Even in a thorough compatibility program, performance can only be inferred. To advance the compatibility study, application testing should be performed. Application studies are designed to investigate a seal’s performance after core compatibility has been established. This should include parameters to accelerate the effects of pressure, temperature and surface finish, as well as motion, such as reciprocating, rotary and swivel.

Throughout the evolution of seal technology, much of the industry’s knowledge about fluid compatibility has been based on inconsistencies, assumptions and sometimes even misleading information. Fluid incompatibility is one of the leading causes of seal failure, so when a multi-million-dollar operation becomes dependent on the performance of a group of seals, it is critical that the testing is sufficient, accurate and complete, and that the operator has confidence that the seal system will perform to its greatest ability. 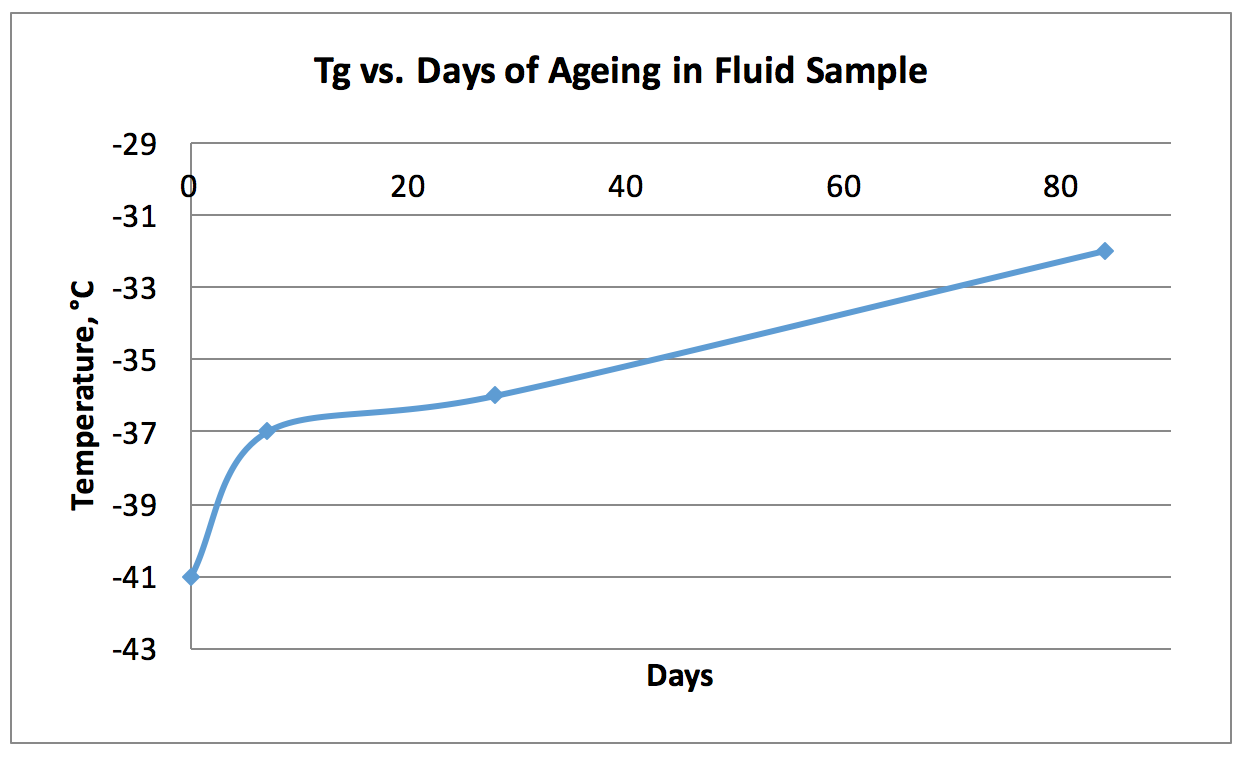